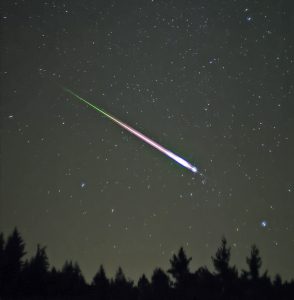 Japanese startup Astro Live Experiences (ALE) is working on a project that could launch the world’s first artificial meteor shower. The Tokyo-based business is building two micro-satellites which will launch hundreds of tiny pellets that will replicate shooting stars across the Earth’s atmosphere. The price of an artificial meteor shower has not been disclosed, but ALE founder and chief executive Lena Okajima hopes to make the shows accessible to the entire world.

Each satellite will carry 400 tiny balls, enough for around 20 to 30 artificial meteor showers. The balls will glow brightly once they enter the Earth’s atmosphere. The chemical composition of the balls is proprietary, but the company did say that it would be able to modify the colors. What those colors would be has not been disclosed.

Each star is expected to last at least a few seconds, lasting longer than most meteor showers. In clear skies, the artificial meteors could be seen over a 124 mile range. ALE is already in the final stages of developing the technology. According to a statement from the company, ALE plans on spending $20 million on the entire operation.

The first event is set to happen over Japan in spring 2020. After the first show, private companies and governments will be able to put on a meteor shower in other parts of the world at any time. Okajima said, “We are targeting the whole world, as our stockpile of shooting stars will be in space and can be delivered across the world.”