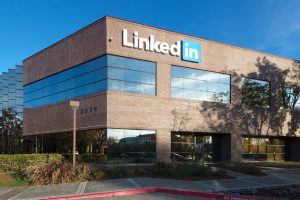 China has been accused of using fake LinkedIn accounts to recruit spies in the United States that have government intel. The suspected targets include experts in the fields of supercomputing, semi-conductors, green energy, health care, and nanotechnology. Intelligence services in the US are alerting current and former officials to the threat and providing them with security measures to protect themselves. China’s foreign ministry has disputed the allegations.

According to officials with knowledge of the matter, Chinese intelligence has been using bribery or phony business propositions in its recruitment efforts on the social media platform. Some of the fake accounts have been linked to IP addresses associated with Chinese intelligence agencies, while others appear to be bogus companies. It is not yet clear how many LinkedIn members China reached or how successful their efforts were.

According to a senior US intelligence official, data previously hacked from the Office of Personnel Management may have been used to target Americans through LinkedIn. During hacks in 2014 and 2015, hackers gained access to the sensitive private information of more than 22 million Americans who had undergone background checks for security clearances. China was suspected of orchestrating the attacks at the time.

In the past two and a half years, five current and former US officials have been charged with or convicted of spying for China. One of the most recent cases is that of Kevin Mallory, a retired CIA officer. Mallory started a dialog with a Chinese national posing as a headhunter in February 2017 after being contacted through a message on LinkedIn. Investigators found that he agreed to sell US defense secrets, a crime he was convicted of in June. He now faces a sentence of life in prison when he is sentenced in September.

The US is not the only country facing this issue. Last year, German and British intelligence warned that China was sourcing spies from their countries through LinkedIn. According to German media reports, more than 10,000 German government workers were contacted by questionable Chinese entities through the site. LinkedIn currently has about 575 million users in more than 200 counties and territories.