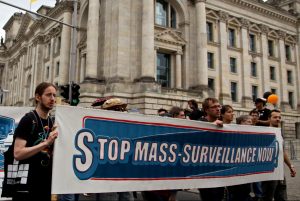 Civil rights groups had mounted a challenge to the legality of the mass surveillance and intelligence-sharing practices. A collection of 14 human rights organizations, journalists and privacy groups petitioned the court over the practices, claiming that they were in violation of human rights. The ruling by the court agreed, citing a “lack of oversight of the entire selection process” and “the absence of any real safeguards” in the processes used by British intelligence services to analyze bulk data.

The court’s seven judges also voted 6-1 that Britain’s procedures for getting data from communications service providers also violated the human rights convention. However, the procedures British security services use to get intelligence from foreign spy agencies was not found to violate the convention’s privacy provisions. The court also said it is “satisfied” that British intelligence services “are not abusing their powers.”

The violations were initially exposed by American whistleblower and former National Security Agency contractor Edward Snowden in 2013. Snowden tweeted after the ruling: “For five long years, governments have denied that global mass surveillance violates of your rights. And for five long years, we have chased them through the doors of every court. Today, we won. Don’t thank me: thank all of those who never stopped fighting.”

Governments have defended mass surveillance as an important tool in fighting terrorism. The British government said it would give “careful consideration” to the court’s findings but made no promises to change its practices. The ruling is not final and could be appealed.