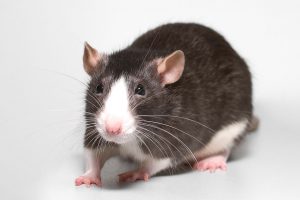 The world’s first human case of rat hepatitis E has been diagnosed in a 56-year-old man from Hong Kong. Chinese scientists discovered the strain of hepatitis was “highly divergent” from other strains found in humans. The rat variation of hepatitis E was first discovered in Germany and has been found in rats all over the world, including the United States.

The affected man received a liver transplant at the University of Hong Kong’s Queen Mary Hospital in May 2017. Several months after the transplant, he began to have liver problems and testing showed abnormal liver function. Genetic sequencing of the virus infecting the man revealed similarities with the rat form of the disease.

It’s unclear how the man was infected with the virus. Doctors don’t think the man got the virus from another human. The liver donor and the people who donated blood to the man all tested negative for the virus.

The Centers for Disease Control and Prevention says the human strain of hepatitis E is typically spread through contaminated water or food. It is possible that the disease was spread by contamination of food by infected rat droppings in the food supply. According to published reports, the man lives next to a trash chute, where conditions aren’t hygienic.

Investigators tested mice in the area, as well as samples of drain water, but found no signs of the virus. They will continue to investigate to determine a likely source. One of the next steps in the investigation could be to test people in the same area who may have had rat exposure.

Dr. Siddharth Sridhar, a clinical assistant professor at Hong Kong University’s department of microbiology, said in an interview, “Infections that jump from animals to humans must be taken very seriously. For these kinds of rare infections, unusual infections, even one case is enough to make public health authorities and researchers very alert about the implications of the disease. One is all it takes.”