Anthony Weiner To Be Released From Jail Early 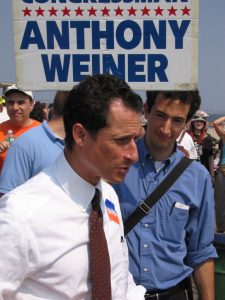 Anthony Weiner, the disgraced former US representative from New York, will be released three months early next year, according to prison records. His inmate record on the Bureau of Prisons website shows that his release date has been moved up to May from August. No reason for the change is listed on the site.

Weiner, 54, was sentenced to 21 months on charges of transferring obscene material to a minor. Weiner admitted before the judge that he met the 15-year-old high school student on the internet and “engaged in obscene communication with this teen, just as I had done and continued to do with adult women.” Despite Weiner’s emotional pleas for probation, he was sentenced to federal prison.

Weiner has been housed in a special medical prison since November 2017. The Federal Medical Center Devens in Ayer, Massachusetts is one of two federal prisons that offer “high-intensity programming” to sex offenders to prevent re-offending. Under the Bureau of Prisons’ guidelines, inmates can reduce their sentences up to 54 days for every year they serve with good conduct.

Before his sexual abuse scandal, Weiner was a popular Democrat who won several terms in the US House of Representatives. Weiner resigned from Congress in 2011 after he admitted to sending lewd photos of himself to women online after lying about it. Weiner was pursuing a comeback by running for mayor of New York when he was caught again sending raunchy photos and messages to women, this time under the pseudonym “Carlos Danger.”