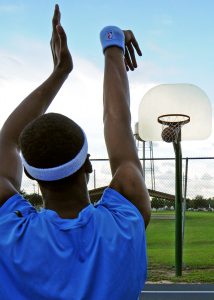 The NBA’s G League has created a new professional path for the best American basketball prospects. Starting in the summer of 2019, “Select Contracts” worth $125,000 will be offered to elite prospects who are at least 18 years old but are not yet eligible for the NBA draft. Athletes will be allowed to play one season on a G League Select Contract, after which they will become automatically eligible for that year’s NBA draft.

The G League will target recent or would-be high school graduates who would have been likely to spend one season playing college basketball. NBA league president Malcolm Turner said the league will not pursue those players who have already committed to colleges. The G League will introduce this professional path to many future NBA players during the NCAA Final Four in April and at the USA Basketball Junior National Team minicamp in October.

The new venture was formed based on a recommendation from the Commission on College Basketball. Commission chair Condoleezza Rice said in a statement, “Elite high school players with NBA prospects and no interest in a college degree should not be forced to attend college, often for less than a year. One-and-done has to go, one way or another.”

Turner said the G League will place a strong emphasis on character and readiness to join a pro league. The new venture will also include off-court development programs that will be aimed at helping players transition to the pros. Those programs will also include life skills, post-career planning, and academic scholarship opportunities through partnerships with universities.

The G League will give elite talent the opportunity to benefit from NBA infrastructure. The players will be free to hire agents, profit off their likenesses and pursue marketing deals. The NBA is also expected to lower its age limit and allow high school players who have graduated to go straight to the NBA without spending a year in college. However, changes to the NBA’s age limit likely won’t be implemented until the 2022 draft.