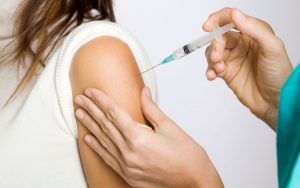 The HealthPlus Surgery Center, located in Saddle Brook, NJ, has been in contact with more than 3,700 patients to inform them that they may have been exposed to infections such as Hepatitis B, Hepatitis C, and HIV at the center. Officials shut down the facility from September 7 through September 28 after it was discovered that proper protocols were not being followed by the surgery center’s staff. The state allowed the center to reopen on Sept. 28.

The closure was sparked by a state investigation that found unsanitary conditions at the outpatient surgery center. A report from the state’s department of health described sterilized instruments containing “rust like stains” that were used for procedures and soiled bed sheets on a stretcher used to transport a patient. The report also described medical staff who failed to cover their beards and facial hair during procedures.

The thousands of patients who received procedures at the New Jersey surgery center between January and September 7 of this year have been advised to get their blood tested. The center wrote in a letter to patients: “During this time period, lapses in infection control in sterilization/cleaning instruments and the injection of medications may have exposed patients to bloodborne pathogens.” Patients can schedule a blood test at no charge to them, which will be covered by HealthPlus.

HealthPlus Surgery Center Administrator Betty McCabe said in a statement, “It is important to note that to date, there have not been reports of any infections or illness related to the investigation. However, HealthPlus and the New Jersey Department of Health are recommending that those patients get tested as soon as possible. We recognize that this may be upsetting to our patients, and we are taking this matter very seriously and taking steps to assist them during this process.”

A three-count class action complaint has been filed against the surgery center in state Superior Court in Hackensack on behalf of a HealthPlus patient. The suit claims the center was negligent, careless, reckless and guilty of “wanton misconduct. It also said the center failed to properly vet, train or supervise its medical staff.