Complete the form below to receive the latest headlines and analysts' recommendations for Imperial Brands with our free daily email newsletter:

Imperial Brands (LON:IMB) had its target price cut by Morgan Stanley from GBX 1,656 ($20.38) to GBX 1,593 ($19.60) in a research report report published on Tuesday morning, Stock Target Advisor reports. They currently have an underweight rating on the stock. 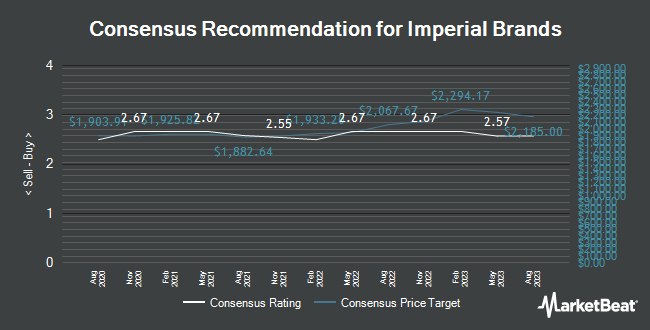