Complete the form below to receive the latest headlines and analysts' recommendations for Coca Cola HBC with our free daily email newsletter:

Jefferies Financial Group reissued their buy rating on shares of Coca Cola HBC (LON:CCH) in a report published on Tuesday, Digital Look reports. They currently have a GBX 2,300 ($28.30) price objective on the stock.

The company also recently announced a dividend, which will be paid on Tuesday, July 28th. Investors of record on Thursday, July 2nd will be given a €0.62 ($0.70) dividend. The ex-dividend date of this dividend is Thursday, July 2nd. This represents a dividend yield of 3.05%. Coca Cola HBC’s dividend payout ratio is currently 39.08%. 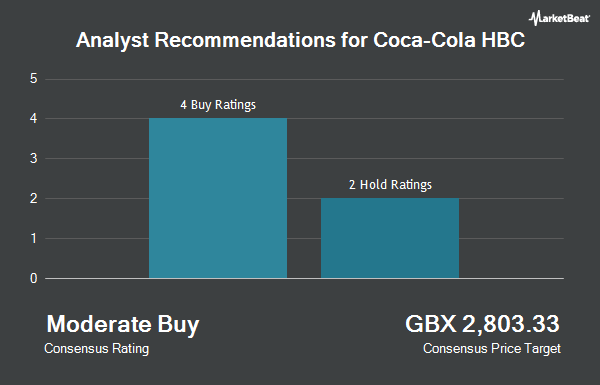