Complete the form below to receive the latest headlines and analysts' recommendations for Lloyds Banking Group with our free daily email newsletter:

UBS Group reaffirmed their buy rating on shares of Lloyds Banking Group (LON:LLOY) in a research report released on Tuesday, Borsen Zeitung reports. They currently have a GBX 45 ($0.55) target price on the financial services provider’s stock.

Featured Article: What is the price-sales ratio? 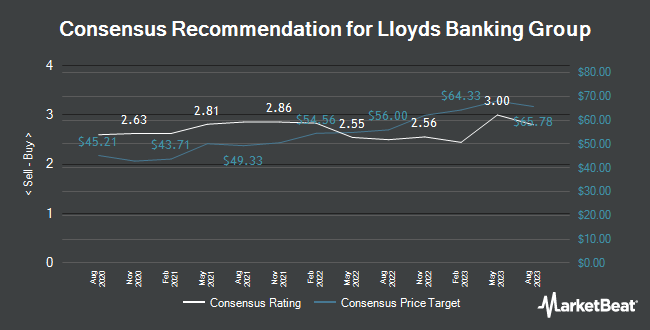