Complete the form below to receive the latest headlines and analysts' recommendations for Rio Tinto with our free daily email newsletter:

Deutsche Bank reissued their buy rating on shares of Rio Tinto (NYSE:RIO) in a research note released on Thursday morning, The Fly reports.

The business also recently declared a semi-annual dividend, which will be paid on Thursday, September 17th. Shareholders of record on Friday, August 7th will be issued a $1.55 dividend. This represents a yield of 6.3%. The ex-dividend date is Thursday, August 6th. Rio Tinto’s payout ratio is presently 72.99%.

See Also: What is the Dow Jones Industrial Average (DJIA)? 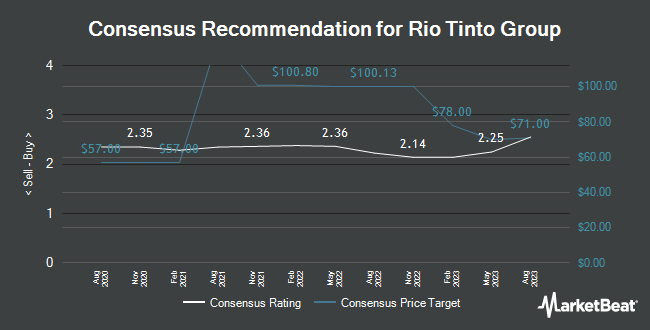