Complete the form below to receive the latest headlines and analysts' recommendations for Green Plains with our free daily email newsletter:

Green Plains Inc (NASDAQ:GPRE) CEO Todd A. Becker acquired 5,000 shares of Green Plains stock in a transaction dated Tuesday, September 22nd. The stock was purchased at an average cost of $14.72 per share, for a total transaction of $73,600.00. Following the completion of the purchase, the chief executive officer now directly owns 544,595 shares in the company, valued at $8,016,438.40. The acquisition was disclosed in a document filed with the SEC, which is available at this link.

Green Plains (NASDAQ:GPRE) last issued its quarterly earnings data on Monday, August 3rd. The specialty chemicals company reported ($0.24) EPS for the quarter, topping the Zacks’ consensus estimate of ($0.72) by $0.48. The firm had revenue of $417.99 million during the quarter, compared to the consensus estimate of $650.00 million. Green Plains had a negative return on equity of 7.12% and a negative net margin of 4.31%. As a group, analysts forecast that Green Plains Inc will post -1.45 earnings per share for the current fiscal year. 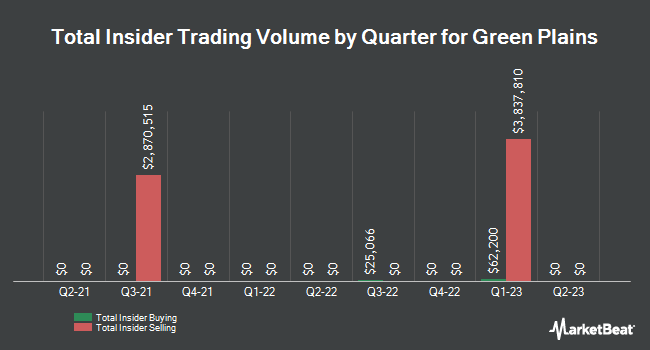