Palantir Technologies Inc. (NYSE:PLTR) insider David A. Glazer sold 9,000 shares of the stock in a transaction on Thursday, September 16th. The shares were sold at an average price of $27.90, for a total transaction of $251,100.00. The transaction was disclosed in a filing with the SEC, which is available at the SEC website.

Palantir Technologies (NYSE:PLTR) last released its quarterly earnings data on Thursday, August 12th. The company reported $0.04 earnings per share for the quarter, hitting the Zacks’ consensus estimate of $0.04. Palantir Technologies had a negative net margin of 95.14% and a positive return on equity of 20.55%. The business had revenue of $375.64 million for the quarter, compared to analysts’ expectations of $360.60 million.

Palantir Technologies Inc builds and deploys software platforms for the intelligence community in the United States to assist in counterterrorism investigations and operations. The company provides Palantir Gotham, a software platform for government operatives in the defense and intelligence sectors, which enables users to identify patterns hidden deep within datasets, ranging from signals intelligence sources to reports from confidential informants, as well as facilitates the handoff between analysts and operational users, helping operators plan and execute real-world responses to threats that have been identified within the platform.

See Also: The Role of a Fiduciary and Individual Investors 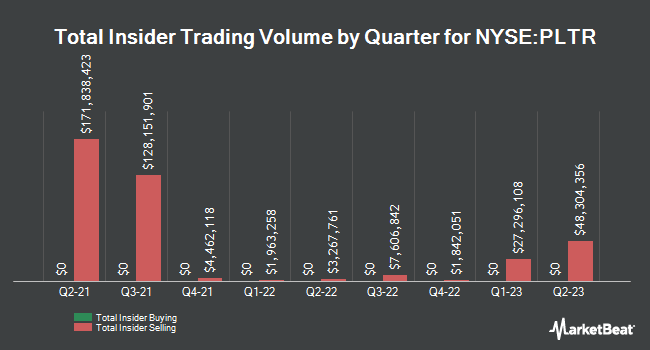 Alpha and Omega Semiconductor Limited Expected to Announce Earnings of $0.95 Per Share

LunchMoney Price Down 30.7% Over Last 7 Days

Complete the form below to receive the latest headlines and analysts' recommendations for Palantir Technologies with our free daily email newsletter: