Wall Street brokerages predict that Galapagos NV (NASDAQ:GLPG) will post sales of $115.36 million for the current quarter, Zacks Investment Research reports. Two analysts have made estimates for Galapagos’ earnings. The highest sales estimate is $172.72 million and the lowest is $58.00 million. The firm is expected to report its next earnings report on Thursday, March 24th.

According to Zacks, analysts expect that Galapagos will report full year sales of $549.41 million for the current financial year, with estimates ranging from $468.64 million to $597.59 million. For the next year, analysts anticipate that the firm will report sales of $542.03 million, with estimates ranging from $259.84 million to $687.53 million. Zacks Investment Research’s sales averages are an average based on a survey of sell-side research firms that that provide coverage for Galapagos.

Galapagos (NASDAQ:GLPG) last released its quarterly earnings data on Friday, November 5th. The biotechnology company reported ($1.17) EPS for the quarter, beating the Thomson Reuters’ consensus estimate of ($1.67) by $0.50. Galapagos had a negative net margin of 36.28% and a negative return on equity of 7.81%. The business had revenue of $75.69 million during the quarter, compared to analyst estimates of $95.17 million.

Galapagos NV is a biotechnology company, which engages in the identification and development of small molecule and antibody therapies. It operates through the Research & Development and Fee-for-Services segment. The company was founded by Onno van de Stolpe, Rudi Pauwels, and Helmuth van Es on June 30, 1999 and is headquartered in Mechelen, Belgium.

Further Reading: What are convertible shares? 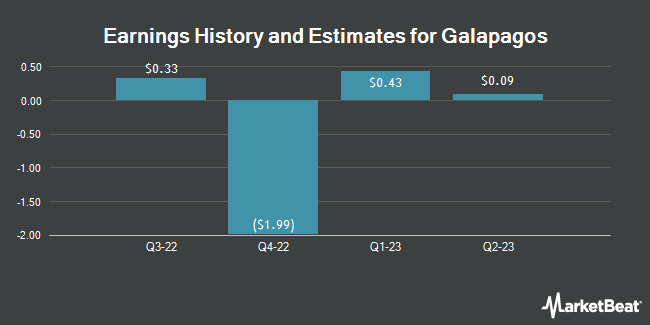 Complete the form below to receive the latest headlines and analysts' recommendations for Galapagos with our free daily email newsletter: