AMC Entertainment (NYSE:AMC – Get Rating) issued its quarterly earnings results on Thursday. The company reported ($0.24) earnings per share for the quarter, missing the consensus estimate of ($0.21) by ($0.03), Fidelity Earnings reports. The firm had revenue of $1.17 billion during the quarter, compared to the consensus estimate of $1.18 billion. During the same period last year, the firm posted ($0.71) earnings per share. The company’s revenue for the quarter was up 162.3% on a year-over-year basis.

AMC Entertainment Holdings, Inc, through its subsidiaries, engages in the theatrical exhibition business. The company owns, operates, or has interests in theatres in the United States and Europe. As of March 1, 2022, it operated approximately 950 theatres and 10,600 screens. The company was founded in 1920 and is headquartered in Leawood, Kansas. 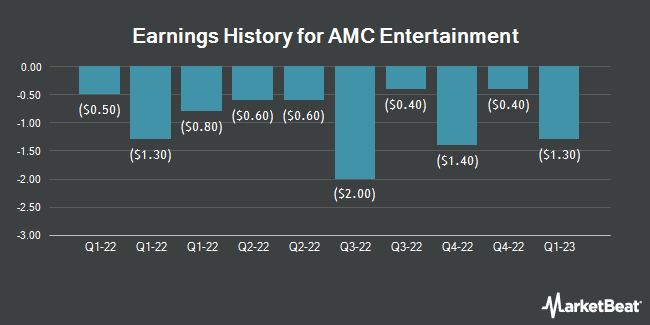 Complete the form below to receive the latest headlines and analysts' recommendations for AMC Entertainment with our free daily email newsletter: