Universal Display (NASDAQ:OLED – Get Rating) had its target price cut by Citigroup from $150.00 to $135.00 in a research report sent to investors on Monday, The Fly reports. They currently have a buy rating on the semiconductor company’s stock.

Universal Display Corporation engages in the research, development, and commercialization of organic light emitting diode (OLED) technologies and materials for use in display and solid-state lighting applications. It owns, exclusively licenses, or has sole rights to sublicense approximately 5,500 issued and pending patents worldwide. 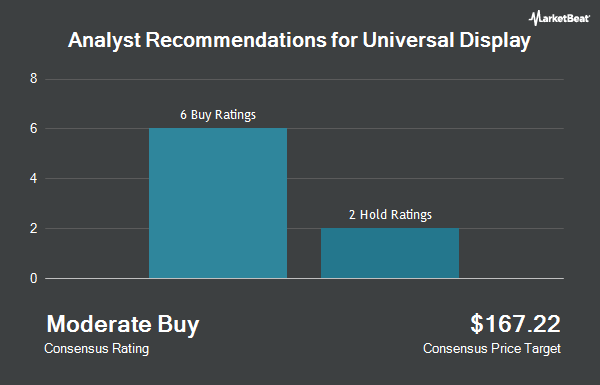 Complete the form below to receive the latest headlines and analysts' recommendations for Universal Display with our free daily email newsletter: