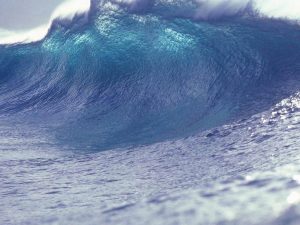 The mysterious disappearances of ships and planes in the Bermuda Triangle over the years have stumped many of the experts searching for an explanation. Now, a team from the University of Southampton believes that they have found the answer. The team believes that “rogue waves up to 300 km (100 ft) high” may be responsible for the disappearances.

The Bermuda Triangle, also known as the Devil’s Triangle, is a 500,000 km square patch of ocean in the North Atlantic between Florida, Puerto Rico, and Bermuda. More than 1,000 lives have been lost in the area in the last 100 years, many under unexplained circumstances. An average of four planes and 20 boats have been reported lost a year.

One of the most famous stories of the area is the disappearance of Flight 19. On December 5, 1945, five military planes conducting an exercise in the area just vanished without a trace. A total of 27 men were lost when a search party sent to find the missing also disappeared. Another was the disappearance of the USS Cyclops, a coal vessel which vanished in the Bermuda Triangle in 1918, taking 306 crew members with it.

The team from the University of Southampton created a model of the USS Cyclops to test their rogue wave hypothesis. Simulations showed that a rogue wave of 50 feet would be enough to sink the ship. Rogue waves, which only last for a few minutes, have been observed by satellites at double that height. Two of the Cyclops’ sister ships, the Proteus and the Nereus, were later lost under similar circumstances.

According to the U.S. Coast Guard, there is nothing particularly hazardous about the Bermuda Triangle. The National Ocean Service agrees, saying that there was no evidence that ships disappeared at a higher rate in the Bermuda Triangle than in any other heavily-trafficked ocean route. The agency added, “Environmental considerations could explain many, if not most, of the disappearances.”