USA Gymnastics Targeted For Shut Down By USOC 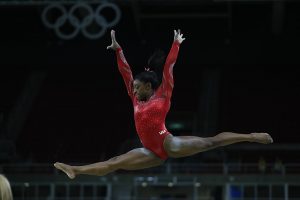 The United States Olympic Committee is taking action to take over the operations of USA Gymnastics, the sport’s governing body. Under its bylaws, the USOC has the power to review all matters related to the continued recognition of any national governing body. The move could force USA Gymnastics to rebuild its organization from the ground up.

USOC CEO Sarah Hirshland wrote in an open letter to the gymnastics community that the challenges facing USA Gymnastics are more than it is capable of overcoming as currently constructed. Some of the many responsibilities that USA Gymnastics currently oversees includes managing elite national teams, as well as certifying gyms and coaches. The national team will be under the management of the USOC for the foreseeable future.

The move by the USOC is a direct result of USA Gymnastics’ handling of sexual assault complaints within its organization. There have been years of complaints that the national governing body was not doing enough to address sexual assault allegations in the sport. Larry Nassar, a former Michigan State University physician and team doctor who assaulted more than 300 athletes, was recently sentenced to decades in prison for his crimes.

The decertification process for USA Gymnastics could be lengthy. The next step will be to appoint review board that will hold hearings on the matter and issue a report to the USOC. The USOC board will then hold a final vote on decertification. Hirshland said in the letter, “I do not know how long the process will take, and we will make every effort to proceed quickly.”

The gymnastics federation has had difficulty getting a new leadership team in place in the wake of the sexual assault complaints. The last interim chief executive appointed resigned four days later after questions were raised about her association with a law firm involved in the Nassar scandal. Another chief executive was forced out after making a controversial appointment to a leading development position.