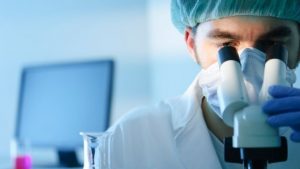 Confirmed cases of a rare, polio-like condition called acute flaccid myelitis (AFM) has now risen to more than 100 nationwide. The Centers for Disease Control and Prevention said in its latest update “So far in 2018, there are 116 confirmed cases of AFM in 31 states.” An additional 170 possible cases remain unconfirmed and under investigation.

Colorado topped the list with more cases than any other state with 15 confirmed cases this year. Texas came in second with 14 confirmed cases. The majority of patients are children with their average age being 4. Most patients report mild respiratory illness or fever consistent with a viral infection before developing AFM.

CDC Director Robert R. Redfield said in a news release, “I want to reaffirm to parents, patients, and our Nation CDC’s commitment to this serious medical condition. This Task Force will ensure that the full capacity of the scientific community is engaged and working together to provide important answers and solutions to actively detect, more effectively treat, and ultimately prevent AFM and its consequences.”

Officials have still not pinpointed a cause behind the condition. A family of viruses called enteroviruses are a prime suspect. While rarely causing anything worse than a common cold, some infections can lead to life-threatening complications. The CDC says that the majority of patients have not tested positive for one specific virus. The agency said it is still trying to determine why some patients develop the condition while others fully recover.

TrueUSD Trading Down 0% This Week